Simone Donati (1977) was born in Florence where he lives and works. He is one of the founders of TerraProject collective which has been working on social, political and environmental issues in Italy and abroad since 2006.
His photography mainly talks about the Italian territory, with long-term projects where slowness and depth are the basis, together with a documentary approach. His research is characterized by the study of the landscape and its relationship with the people.
During the years 2009-2015 his attention has focused on the political and social situation of Italy which resulted in "Hotel Immagine" his first self-published book. His latest body of work, “Varco Appennino”, an exploration of the inner areas of the Italian Southern Apennines, became a book in 2021 published by Witty Books.
Simone was selected as one of the three finalists in the portrait category of the Sony World Photography Awards and received 3rd place at the Ponchielli Award with “Welcome to Berlusconistan”. With "Valley of Angels" he was a finalist at the OjodePez Award.
His images are exhibited in Italy and abroad and are published by major Italian and foreign magazines such as Internazionale, Io Donna, La Repubblica, L'Espresso, Le Monde Magazine, Newsweek Japan, The Washington Post, Sette and Vanity Fair. 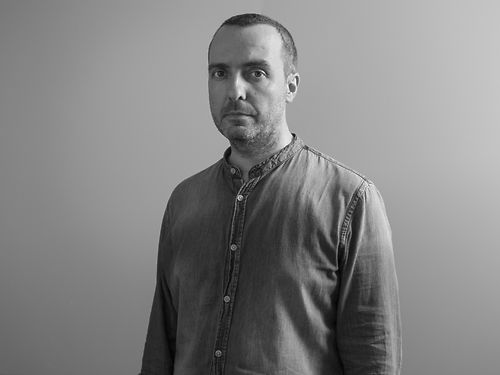